Facelift is a non-surgical procedure that aims to give the face a younger appearance. Lock thread face lift is one of the most used and most effective methods in this field. Loose, sagging skin around the jawline is tightened with a lock thread facelift. With this application, which is also called the French lift, the deep wrinkles around the mouth and nose and the sagging structures in other parts of the face are removed. Threads that dissolve and disappear spontaneously over time will make your face look tighter. It is preferred by more and more people in Turkey every year since the prices of face lift with threads are affordable. Thread facelift prices are as attractive in 2021 as in 2020. This method is also very popular abroad. In the United States, over 100 thousand women and around 10 thousand men resort to this method of treatment each year. In this respect, it is seen that it is a method applied not only to women but also to men. Those who have a lock thread facelift can notice the results in a very short time. Face thread lift prices may vary depending on the patient's condition, frequency and number of sessions. After a detailed discussion with your doctor before the treatment, your doctor will decide whether this method is suitable for you. In this article, you can find other details about the lock thread face lift application.

What is Lock Thread Face Lift?

The most striking changes as a result of ageing are observed in the face area. As the connective tissue weakens, the suspension power also weakens, so sagging is seen in the face area. At the same time, wrinkles occur in certain areas. There are many treatment methods for these deformations observed due to ageing. Lock thread facelift applications are among them. Unlike the classical thread technique, the lock thread facelift has safer and more effective results thanks to its dynamic suspension.

Lock thread facelift is an application that is completed in approximately 1 hour with local anaesthesia. In this application, threads are placed under the skin. In this way, a stretching is done under the skin. These threads, which are very flexible and resistant to breaking, eliminate sagging in the face area. The threads do not cause any facial expression disorder after the application.

Lock thread facelift is an intervention that is completed in a single session. As a result of the 1-hour procedure, threads are placed under the skin. No pain is felt. Those who have a lock-thread facelift will notice that they have become 5-10 years younger in a very short time after the procedure. A more vibrant, tighter and taut skin makes the face look younger. Lock thread facelift will be permanent for up to 5 years if you strictly follow your doctor's recommendations. After this period, you can have another lock thread facelift and extend the permanence period. 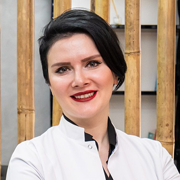