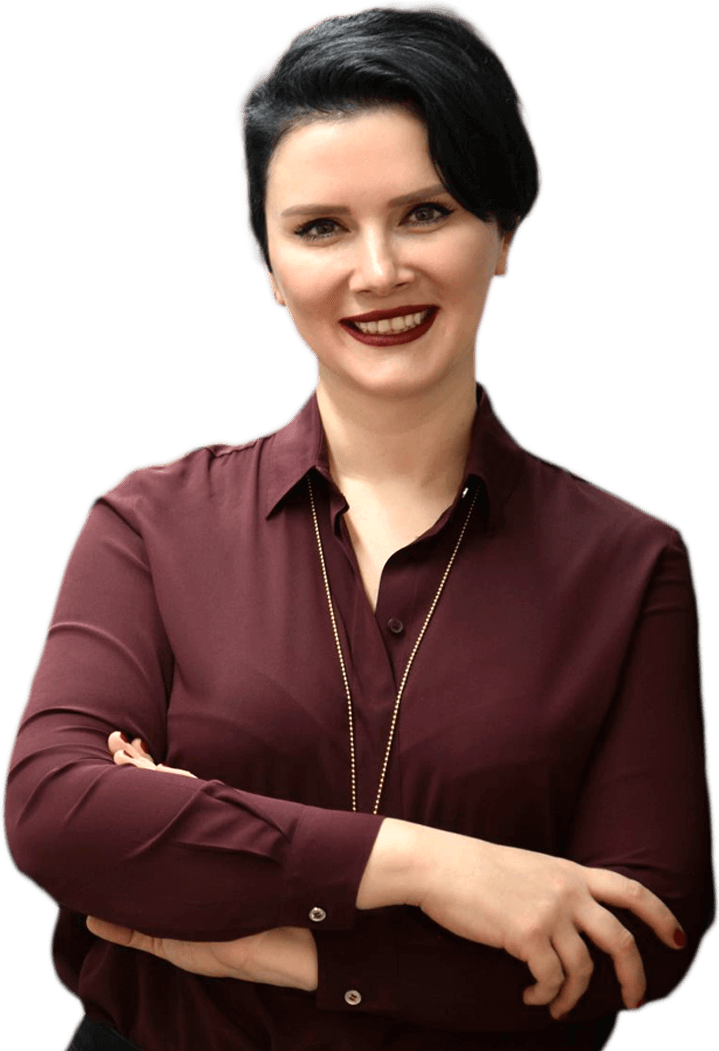 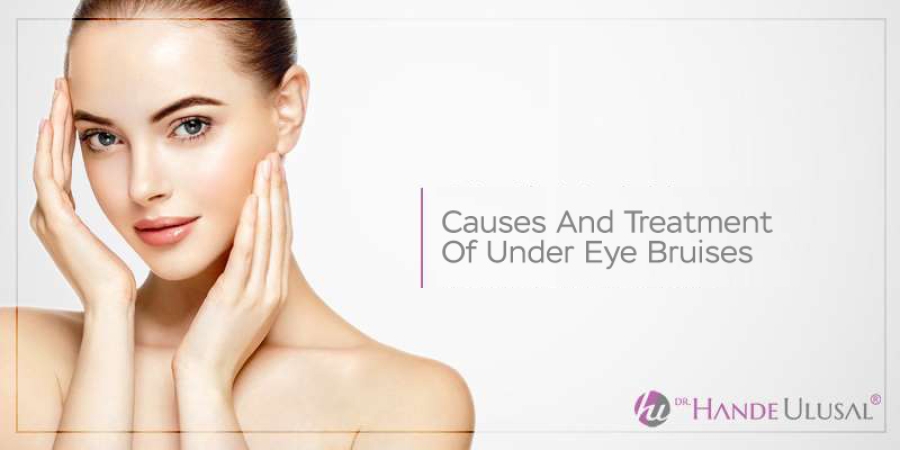 Causes and Treatment of Under Eye Bruises

Dark circles under the eyelids are common in men and women. Dark circles, often accompanied by bags, make people look older than they are.

It is desirable to get rid of them before their problems get worse. Although it is seen in almost everyone, it is a type of disorder that is often seen due to genetic predisposition and old age.

Many people ask the questions of what causes these dark circles that worry people, make them feel bad in the mirror, and give a tired look, what are the ways to get rid of this ring and bruise. As the age progresses, it becomes more obsessive, especially in the 30s, as a worse appearance occurs.

If we look at the factors that cause dark circles under the eyes, according to the researches made based on the people seen;

Aging: In the natural aging process, bruises and circles under the eyes become even more common. This is due to the thinning of the skin structure as we age.

In addition, in advancing age, the skin loses its elasticity, which reveals the loss of fat and collagen. When all these are combined, the dark blood vessels under the skin become more visible and cause bruises under the eyes.

Fatigue: Problems such as excessive tiredness, oversleeping or disruption of sleep patterns cause bruises under the eyes. Waking up a few hours after normal bedtime and not sleeping again, sleep deprivation causes the skin to become dull and bruised under the eyes. In such cases, the skin becomes sensitive and causes dark tissues to appear.

Allergic Reactions: Allergic reactions and dry eyes also trigger dark circles under the eyes. When an allergic reaction occurs, the body releases the histamine in response to harmful bacteria. Histamines also cause uncomfortable symptoms such as redness and eye swelling.

Then the blood vessels expand and make the bruises under the skin visible. Post-allergic itching also makes bruises visible, as it causes inflammation, swelling, and the appearance of blood vessels.

Dehydration: It is the most common cause of dark circles under the eyes. It is a sign that the body is not getting the proper amount of water. After this, the skin under the eyes becomes dull. Eyes collapse. This is because it is close to the underlying bone.

Sun Exposure: Excessive sun exposure causes the body to produce melanin, which provides the pigment that gives color to your skin. The excessive sun causes pigmentation darkening, especially around the eyes.

Genetic Factors: Family history and predisposition also play an important role in the formation of dark circles under the eyes. Under-eye bruises, which begin to appear in early childhood, may contain a hereditary feature. This condition gets worse as you get older. There may also be a possibility that it will gradually disappear in advancing ages.

Thyroid Disease: Predisposition to thyroid disease, which includes medical conditions, can also be the cause of dark circles under the eyes.

Why Do Under-Eye Bruises Increase As You Get Older?

The most common cause of dark circles is the natural aging process. In this process, the older skin becomes looser.

It tends to fall out and wrinkle. There is also weakness in the muscles and tissues around the eyes.

It also contributes to a saggy appearance. After this weakening, the fat surrounding the eye part is allowed to come out. Afterward, bruises that look like bubbles begin to form

Are There Ways to Get Rid of Under-Eye Bruises?

Under-eye bruises are generally seen as a cosmetic problem. No special treatment is required. Wrinkle treatments generally help to get effective results.

After home and lifestyle treatments, applications to reduce swelling under custody, bruises under detention are removed. People are very concerned about the appearance of under-eye bruises. However, the worry is unfounded.

Because there are medical and surgical interventions in the treatment phase for this problem. If it starts to bother the person, necessary treatments can be applied.

What is good for dark circles under the eyes?

In cases where there is no need for a medical method for under-eye bruises, the source of which is determined by research;

Maintaining a sleep pattern : If the person has an eye area with a developed bruise as a result of insufficient sleep, the person should review his sleep pattern and create regular sleep and healthy living conditions.

What are the Treatment Options for Under-eye Bruises?

There are home treatments and medical options for under-eye bruises. If we look briefly at the options that can be done at home;

Cold Compresses; cooling the area reduces blood flow. This application can be done through an ice pack. Putting cucumber slices or anything cold in the refrigerator on the eye for a few minutes will be effective..

Creams; Detention creams can be used with expert advice. Natural creams that help reduce the appearance of bruises are available in the market. However, it is important to use quality creams that contain expert advice. Otherwise, since the eye is a sensitive area, it may cause irritation.

Caffeine; has the property of constricting blood vessels. Cosmetic companies sell creams that help reduce dark circles under the eyes. In addition, the method of resting with a chilled tea bag on the closed eye may also have a slowing effect on the progress.

Cucumber: It can be thought of as preventing dehydration around the eyes with cucumbers containing intense water. Cold pressure can also positively affect the thirst around the eyes in cucumbers. Care should be taken to prevent foreign bodies from entering the eye in all matters.

With the help of antioxidants and caffeine, it stimulates blood flow in the veins, narrows the veins, and reduces the fluid balance under the skin.

What can be the solution to genetic dark circles?

Under-eye bruises, which come according to the genetic factors of the person, are generally related to the skin type and structure. For example, in those with a white skin type, the skin layer around the eye is thinner and whiter than the others, and the blood or vascular structure in the areas of the upper layer that comes to the skin surface can cause a purple or black appearance under the eye.

Another issue is that the bony condition of the person can also be considered in genetic factors, and it is possible to solve these conditions, namely the bruises caused by genetic factors, with many applications made today.

In genetic factors;
In people with an eye structure that is more recessed than the normal from the eye structure, an aesthetic image may appear as bruising or darkening as it remains in the dark area compared to normal in this under-eye area, creating a shadow due to being in the dark due to the play of light.

Under-eye bruises can also be evaluated with the term collapse,

Among the main conditions that can cause this situation, the formation of under-eye collapse is observed when weakened.

Many people are looking for home remedies for under-eye collapse to solve this situation, but the first thing to do is to determine the cause of this problem by a physician, the treatment methods to be applied to the person with the relevant examination process, or the evaluation of exercise models for under-eye collapse, a holistic approach. it could be the subject.

The treatment of under-eye collapse can be determined by laser applications, especially mesotherapy, and by the checks that the doctor will make for you.

Medical Options for Bruises Under Detention

Treatments aimed at softening the detentions are applied by expert teams. It can be examined in two parts as non-surgical and surgical options. If we look at the content of non-surgical dark circle treatment;

Filling: It is the process of filling the area where the under-eye area and the cheek meet with a filling material to soften it. The results of the injection are effective for up to one year.

Laser Skin Rejuvenation: Under-eye wrinkles are targeted. New collagen growth is encouraged through laser therapy. Its results have a lasting effect for years, depending on skin type and sun exposure.

Chemical Peeling: the upper layers of the surface are removed, while the under-eye wrinkle treatment is treated with this method, the skin is tightened. Old skin cells dissolve and are replaced by brighter, more colorful, and tighter skin. Results last for several years, depending on skin type and sun exposure.

It is usually performed together with eyelid lifting and re-adjustment of the fat in the eye area. It is an important detail to carry out the procedure after the examination with a team of experts in the field.

Hello, my teacher, I have bruises under my eyes, I am young and I want to get rid of them, can I get the information and price? How many sessions will there be?

Hello, Ms. Buket, thank you for your attention. A suitable treatment method can be applied to you by checking the cause of your under-eye bruises first, and today there can be remarkable positive results with these applications. The articles are for information purposes, consult your physician for treatment.

How is Acne (Acne) Treated?